Nigeria is blessed with a lot of tasty and mouthwatering meals. Though some meals are peculiar to certain culture and people, it has grown to become a popular meal that is widely consumed by various tribes because they have come to fall in love with it. Let’s take a look at some of the mouthwatering meals below! 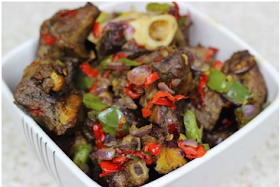 What do you think of goat meat, diced, grilled, and then mixed with spices and pepper? You will definitely love this; it has never failed in pleasuring the tongues. For a fun evening, it is usually the best chop to munch with cold drinks blending with the peppery sting. 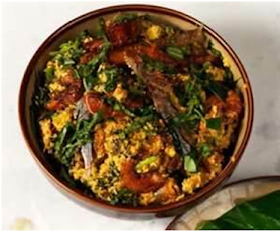 Edikang Ikong soup is a popular meal in Akwa Ibom and Cross River states of Nigeria. The soup is very nutritious, geared up with a generous quantity of pumpkin leaves and water leaves, good for replenishing the blood. It is sold in virtually all “Calabar Kitchen” across Nigeria. The soup is best combined with “Fufu” or pounded yam. Enjoy! 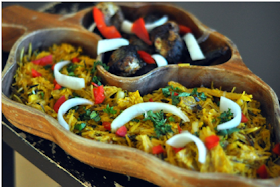 Abacha or African salad as it is also called is a traditional meal which originates from the eastern part of Nigeria. Prepared from cassava which is boiled till it softens then shredded, it is usually garnished with a lot of traditional leaves and spices that make it taste great!So if you find yourself in Imo, Delta, Warri or any other eastern state, be ready to try and enjoy this meal. 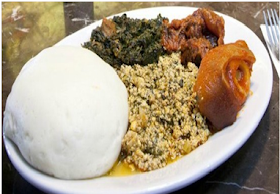 This is a generic meal that cannot really be pinned down to any tribe, but it is mostly agreed to be the food of the western Nigerians, especially in Ondo. The Efo Riro soup (vegetable soup) is usually cooked with variety of assorted meat and fishes that adds flavor. Though the soup can be combined with other swallows, most people prefer the pounded yam, hence the delicacy. It is easy to find in restaurants in any part of Nigeria. 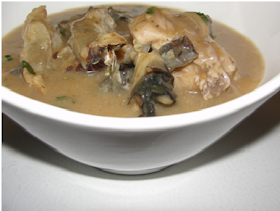 
Ofe Nsala soup, also called White soup, is common in the riverine areas of Nigeria andmostly consumed by “Ibos”. Though not white in color, it is called white soup because oil is not used in the preparation. Meat and fish is usually used while preparing and its taste is similar to peppersoup - it can be sipped and enjoyed alone. 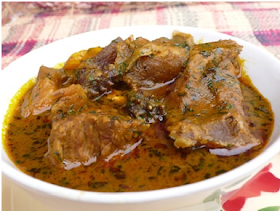 With different versions of the soup, it tastes great all the same – whether you are taking the Delta or Ibo version.It is made from palm fruit, which is boiled, and then the juice squeezed out to prepare the soup. The soup is widely enjoyed all over Africa and it’s called different names by different groups. 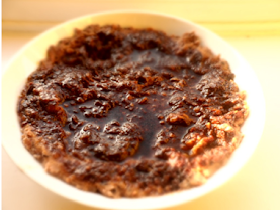 
This is another dimension of beans preparation, distinct from the usual beans porridge. The beans are cooked till very tender, then mashed together, with the stew prepared separately. Though it is a very oily cuisine, the tang is definitely worth all the extra calories. 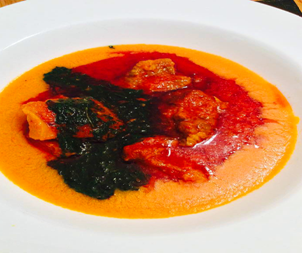 Gbegiri soup is a Yoruba (Western Nigerian) soup prepared with beans. The taste comes alive when you mix it with ewedu and stew, which is why it is mostly served with these two. The combination of the Gbegiri, Ewedu Soup and stew will surely delight yourtaste buds. You can get this delicacy in local restaurants around when you get to Nigeria.

If you have not tasted any or all of these meals, then you are missing out!Which of them is your favorite?