Mexican Woman is Pregnant with 9 babies 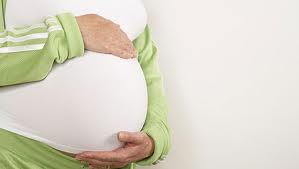 
The woman was identified as Karla Vanessa Perez of the northeastern state of Coahuila, which borders Texas. She is currently being treated at a hospital in the state capital Saltillo, the broadcaster said in the report.
Perez, whose age was not given, had fertility treatment leading to the multiple pregnancy, it said.
State-owned news agency Notimex also reported the pregnancy, saying Perez was due to give birth on May 20.
"It's very early to think of names for the babies," Perez told Notimex. "First I hope that everything goes well."
The successful delivery of nonuplets would be one of the highest multiple births ever recorded.
In 2009, a woman in California gave birth to octuplets, sparking worldwide media attention.
Source: Reuters
Posted by Abdulkabir Olatunji at 6:53 AM