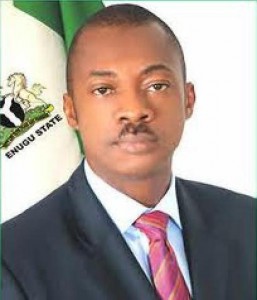 Rumour of the death of the Enugu State Governor, Sullivan Chime spread across the internet and reach its peak early this morning. A few family and friends have debunked the news but the Enugu State Government has finally released a statement on the matter. Read the report from Vanguard newspaper:

The Enugu State government Sunday, debunked the rumours making the round that governor Sullivan Chime has passed away.

Chime was reported by some publications (not Vanguard) to have passed on at an Indian hospital on Saturday, after battling an undisclosed ailment for some months.

The State Commissioner for Information, Mr Chucks Ugwuoke who confirmed this to Vanguard on Sunday, described the news as unfounded.

According to him, the governor is doing well and will soon return to the state. More details later.

Posted by Abdulkabir Olatunji at 9:59 AM