Apple is Working on a Smart Watch

We'll call it the iWatch... 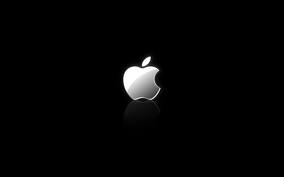 Disruptions: Where Apple and Dick Tracy May Converge

Dick Tracy had one. As did Inspector Gadget and James Bond. A watch that doubled as a computer, two-way radio, mapping device or television.

Though such a device has been lost to science fiction comics and spy movies of the era before smartphones, the smart watch might soon become a reality, in the form of a curved glass device made by Apple.

In its headquarters in Cupertino, Calif., Apple is experimenting with wristwatch-like devices made of curved glass, according to people familiar with the company’s explorations, who spoke on the condition that they not be named because they are not allowed to publicly discuss unreleased products. Such a watch would operate on Apple’s iOS platform, two people said, and stand apart from competitors based on the company’s understanding of how such glass can curve around the human body.

Apple declined to comment on its plans. But the exploration of such a watch leaves open lots of exciting questions: If the company does release such a product, what would it look like? Would it include Siri, the voice assistant? Would it have a version of Apple’s map software, offering real-time directions to people walking down the street? Could it receive text messages? Could it monitor a user’s health or daily activity? How much will it cost? Could Timothy D. Cook, Apple’s chief executive, be wearing one right now, whispering sweet nothings to his wrist?

Such a watch could also be used to make mobile payments, with Apple’s Passbook payment software.
Although it would take Dick Tracy to find the answers to those questions, and it’s uncertain when Apple might unveil such a device, it’s clear that Apple has the technology.

Last year, Corning, the maker of the ultra-tough Gorilla Glass that is used in the iPhone, announced that it had solved the difficult engineering challenge of creating bendable glass, called Willow Glass, that can flop as easily as a piece of paper in the wind without breaking.

Pete Bocko, the chief technology officer for Corning Glass Technologies, who worked on Willow Glass, said via telephone that the company had been developing the thin, flexible glass for more than a decade, and that the technology had finally arrived.

“You can certainly make it wrap around a cylindrical object and that could be someone’s wrist,” Mr. Bocko said. “Right now, if I tried to make something that looked like a watch, that could be done using this flexible glass.”

But Mr. Bocko warns that it is still quite an engineering feat to create a foldable device. “The human body moves in unpredictable ways,” he said. “It’s one of the toughest mechanical challenges.”