I guess the President is too busy to make it... 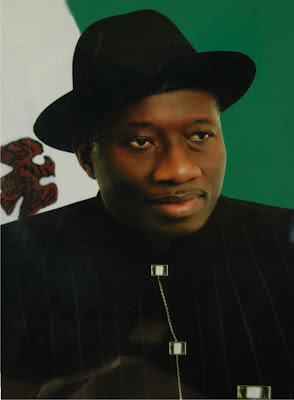 Despite promising the players and officials of the Super Eagles, that he would be in South Africa, if they qualified for the finals of the AFCON, President Goodluck Jonathan, will instead send a delegation to represent him on Sunday.

This was confirmed by the presidential spokesman, Dr. Reuben Abati, who tweeted that the president will be in London and Paris for official engagements, but has sent representatives to cheer on the team.

Abati also revealed that members of the ‘transformed Super Eagles‘, will be hosted to a dinner reception on February 12 in Abuja.

He wrote: “President Jonathan sends high-powered delegation to South Africa to support the Super Eagles ahead of AFCON 2013 final on Sunday.

“Pres. Jonathan due to official commitments in London & Paris won’t be in Jo’burg to lead cheering for Super Eagles as he would have wished.

Pres. Jonathan will host the TRANSFORMED SUPER EAGLES to a dinner reception on Tues. 12 Feb. at the Banquet Hall, State House, Abuja, 7 pm.

Source: Daily Post
Posted by Abdulkabir Olatunji at 4:02 AM