Central Bank of Nigeria to Switch Back to Paper Notes

After investing billions in the switch of N5, N10, N20 and N50 from paper to polymer notes, the Central Bank of Nigeria is set to revert back to paper... 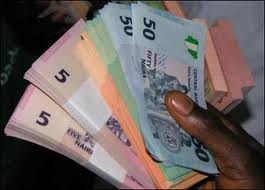 CBN To Switch Back To Paper Money

The deputy governor, banking supervision Mr Tunde Lemo, in a statement on Sunday said the apex bank decided to scrap the polymer notes because they fade easily, despite earlier experiments which showed that the notes could last longer than paper notes.

Mr Lemo adds that no new polymer note is being printed at the moment and the CBN will begin to produce the second generation of lower denomination notes sometime between June and July this year.

The CBN deputy governor also appealed to Nigerians to be more careful in handling the naira notes, stressing that its campaign against the abuse of the currency has not been successful.

Mr. Lemo, further explained the new policy disclosed this in an interview in Washington on the side lines of the on-going Spring Meeting of the World Bank and the International Monetary Fund.

“By the middle of the year, we will start to produce the second generation of lower denomination notes, now in paper and not in polymer. My plea is that Nigerians should exercise patience; it wasn’t the fault of the CBN; it was just because we had to go back to the drawing board to rethink the ‘Project Cure’ in the light of the wish of the public that we should not go ahead with the N5,000 notes and lower denominations” he said.

“We will correct that in the course of the year. Polymer certainly will be phased out. In fact, we are phasing out polymer.  No new note is being printed in polymer now.”

Lemo stated that when the CBN was going to introduce the polymer currencies, its research showed that they could last longer than ordinary paper notes. “However, with the benefit of hindsight, we probably should not have dumped polymer because, yes, the substrate lasts longer, but the in-consubstrate began to fade; we didn’t realise that at the time of introduction.”

“So, part of ‘Project Cure’ was actually to move away from polymer substrate to paper; unfortunately, we had a push-back because of the issues around N5,000 note and coins.

“The entire programme was put in abeyance; otherwise by now, we should have stopped producing polymer.’’

Lemo said the CBN had awarded a contract for the printing of the higher denomination notes to a foreign company because of low capacity at the Nigerian Printing and Minting Company.

He said the bank would begin to receive the fresh notes from June.

On the campaign for careful handling of the Naira, Lemo said that it was unfortunate that it was not successful, but noted that it was a criminal act to abuse the Naira going by the CBN Act.

“I still go to parties and see people spraying money, stepping on money, I see touts distributing mint-fresh money that should go to customers.’’

Lemo also said that the CBN had talked to the police to step up surveillance to reduce their abuse of the naira, adding that the bank had no right to arrest people who sold the currency on the streets.

He said the act of abuse and sale of the naira by touts had defeated the clean note policy of the bank, but assured that efforts were being made to tackle the problem.

Posted by Abdulkabir Olatunji at 7:40 AM