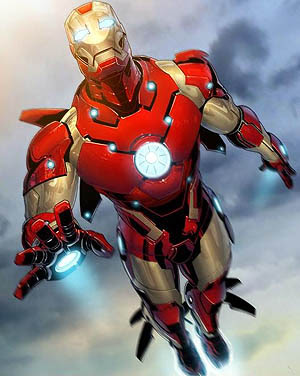 Want to know what Iron Man smells like? Head to Japan, where the film will screen in 4D

Iron Man 3 will be the first film in Japan screened using the enhanced motion picture technology known as 4DX, when it hits the country’s theatres on April 26.

4DX films screenings of Iron Man 3 will include tilting and vibrating seats, strobe lights that also drop bubbles, smoke, blowing wind machines (so you can feel Tony Stark’s Audi R8 speed across the screen) and, yes, even scent devices that will fill the air with the smell of Pepper Potts’ perfume, among other things.

The features will be operated by Korona World chain in Japan, which is in talks with Hollywood and Japanese studies to release 12 more titles using the fourth dimensional settings. Films using 4DX technology already screen in some South American countries, as well as China, South Korea, Thailand, Russia, Mexico and Israel.

“It was really a matter of timing that Iron Man [3] became the first title for 4DX in Japan, though we were looking for a blockbuster action film, as that is what works best with the system,” Korona World spokesperson, Tagiki Ishiguro, tells The Hollywood Reporter.

Posted by Abdulkabir Olatunji at 6:50 AM