This can only be described as an act of insanity... 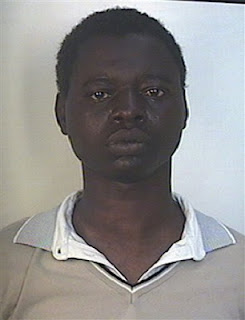 Pickaxe attacker kills one, injures four others in Milan
A Ghanaian immigrant in the northern Italian city of Milan killed one man and injured four others in a frenzied and apparently random attack with a pickaxe on Saturday, police said.

Witnesses told SkyTG24 television that the man, who Italian media reports said was in Italy illegally, struck out at passersby in a residential district of the city early on Saturday morning.

A 40-year-old unemployed man apparently on his way to a cafe died after being struck on the head and falling to the ground where the attacker continued to hit him.

Posted by Abdulkabir Olatunji at 10:51 AM