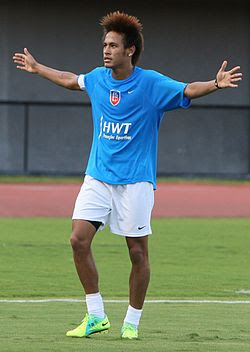 Barcelona have signed Brazilian star, Neymar from Santos in a bid to improve their squad for next season. The need to strengthen-up their squad became obvious after a record breaking 0-7aggregate humiliation at the hands of Champions League winners, Bayern Munich in the semifinal stage of the competition. The 21-year old has already scored over 100 goals in Brazil.

Posted by Abdulkabir Olatunji at 3:16 AM