I think it is a good idea to leave parts of Oklahoma were Tornadoes are rampant... 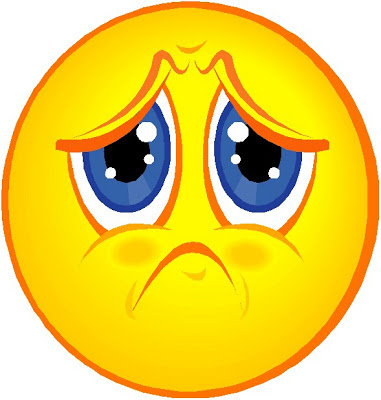 Emergency officials set out Saturday morning to see how much damage a violent burst of thunderstorms and tornadoes caused as it swept across the midwest overnight, killing at least nine and injuring dozens.

The storm toppled cars and left commuters trapped on an interstate highway as it bore down during Friday's evening rush hour near Oklahoma City. The National Weather Service reported "several" tornadoes rolled in from the prairie, terrifying towns along their paths.

The storms brought another tense day for a region still reeling from the recent top-of-the-scale EF5 tornado that struck the Oklahoma City suburb of Moore on May 20, killing 24 and decimating neighborhoods. Many said they took severe weather warnings issued during the day Friday seriously.

As the storm bore down on suburban Oklahoma City, Adrian Lillard, 28, of The Village, went to the basement of her mother's office building with a friend, her nieces, nephews and two dogs.

"My brother's house was in Moore, so it makes you take more immediate action," Lillard said while her young nieces played on a blanket on the floor of the parking garage. "We brought toys and snacks to try our best to keep them comfortable."

Storm chasers with cameras in their cars transmitted video showing a number of funnels dropping from the supercell thunderstorm as it passed south of El Reno and into Oklahoma City just south of downtown. As the cell advanced, police urged motorists to leave I-40 and seek a safe place.

Violent weather also moved through the St Louis area. Early aerial images of the storm's damage showed homes with porches ripped away, roofs torn off and piles of splintered wood scattered across the ground for blocks. Officials in St. Charles County also reported that local schools suffered some damage.

Among the nine dead in Oklahoma were a mother and a baby found in a vehicle. Amy Elliott, a spokeswoman for the state medical examiner, said Saturday the death toll was up to seven adults and two children. At least 75 people were hurt, five critically, hospital officials said.

Meteorologists had warned about particularly nasty weather Friday but said the storm's fury didn't match that of the tornado that struck Moore. The Friday storm, however, brought with it much more severe flooding. It dumped around 8 inches of rain on Oklahoma City in the span of a few hours and made the tornado difficult to spot for motorists trying to beat it home, said Bruce Thoren, a meteorologist with National Weather Service in Norman.

"Some tornadoes are wrapped in rain, so it's basically impossible to see, which is extremely dangerous," Thoren said. "Somebody driving along really not familiar with what's going on can basically drive into it."

The heavy rain and hail hampered rescue efforts in Oklahoma City. Frequent lightning roiled the skies well after the main threat had moved east. Highways and streets were clogged late into the night as motorists worked their way around flooded portions of the city. Roads all around Oklahoma City were inundated with muddy water Saturday morning.

Will Rogers World Airport was slowly reopening and some flights were resuming. But the airport reported significant damage to the roof of the terminal, and flooding damage to walls, counters and floors.

Emergency officials reported that numerous injuries occurred in the area along I-40, and Randolph said there were toppled and wrecked cars littering the area. Standing water was several feet deep, and in some places it looked more like a hurricane had passed through than a tornado. More than 86,000 utility customers were without power.

Among the injured was Weather Channel meteorologist Mike Bettes, who suffered minor injuries when his "tornado hunt" SUV that he and two photographers were riding in was thrown 200 yards. The Weather Channel said all of the people in the vehicle were able to walk away, and that it was the first time a network personality was injured in a storm.

In Missouri, the combination of high water and fallen power lines closed dozen of roads, snarling traffic on highways and side streets in the St. Louis area. At the Hollywood Casino in the St. Louis suburb of Maryland Heights, gamblers rushed from the floor as a storm blew through, causing minor damage to the building.

Rich Gordon, of Jefferson City, said he was on the casino floor when he heard a loud "boom."

"I didn't know if it was lightning or what, but it was loud," Gordon said.

Posted by Abdulkabir Olatunji at 3:55 AM