Aswad Ayinde sentenced to 90 years in prison for raping daughters

This story feels like a really bad movie script but it is true. Award winning producer of "Killing me softly" for the Fugees, Aswad Ayinde has been sentenced to 50 years in prison for continually raping his daughter and fathering four children with her. He is believed to have raped 5 out of his 7 daughters and this trial was the second in five that he is expected to have. He had already been convicted and sentenced to 40 years in prison earlier for raping another daughter and fathering a child with her too... 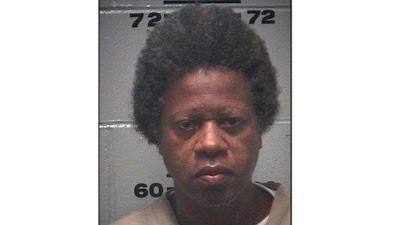 
As Aswad Ayinde’s daughter stood up to speak, the judge ordered him to put down the court papers he was hunched over and face the daughter he had assaulted and raped since she was 8 years old, fathering her four children.

“I can’t describe how much you hurt me and my sisters,” the daughter, now 35, said Friday to her father, shackled in a prison jumpsuit, his head still bowed, eyes never once meeting hers.

As the woman rehashed the horrors her father inflicted on her and her sisters in Paterson, Ayinde burst out, “You should’ve told the truth instead of lying,” bringing an admonishment from Superior Court Judge Raymond Reddin, who told him that not only did he believe the daughter’s testimony, but also so did the 12 jurors who convicted him.

Ultimately, the daughter said she forgave her father and hoped at some time he’d repent.

“But obviously, with your head down like that, you do not understand,” she said, three of her sisters fighting tears in the courtroom pews.

After the daughter finished, Reddin on Friday tacked on 50 years to the 40-year prison sentence Ayinde, 54, received in 2010 after being convicted of raping another of his daughters, who bore a fifth child.

Prosecutors have said that Ayinde dominated his children as a god-like prophet who wanted to create a race that carried his pure bloodline. Over the years, he molested five of his seven daughters and fathered six children, the family and their attorney said.

By about 2001, the family had mostly split up, Ayinde “bouncing around,” but still in reach of his family, the daughter said. In 2003, he tried to rape her for the last time.

Yet, it wasn’t until she and her sisters learned that Ayinde had fathered more children with other women that they decided to go to the authorities in 2006.

“We found out we had other siblings, young siblings, and we had to put him to a stop,” the daughter said after the sentencing hearing. “Even though we were healing, they could still fall victim.”

These days, the sisters stay in close touch. The daughter who spoke Friday is studying communications at Essex County College — “straight A’s last semester,” she said — and has just finished a memoir. As for her four children, two have genetic illnesses that doctors told her likely were due in part to the incest. A 9-year-old daughter died in 2010 of spinal muscular atrophy.

In sentencing Ayinde, Reddin could not hide his disgust for what he had done.

“By 13, most fathers are taking their daughters to the park … teaching them to ride a bike,” he said. “You took her in the bedroom and repeatedly raped her to complete your disgusting, revolting fantasies.”

Source: North Jersey
Posted by Abdulkabir Olatunji at 1:43 AM