"Dead Patient" Wakes as Doctors Try to Remove her Organs 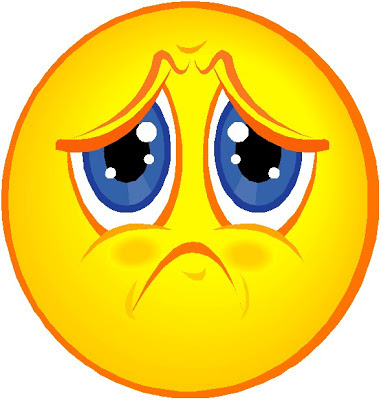 Doctors at St. Joseph's Hospital Health Center were about to remove organs for transplant from a woman they thought was dead.

Then she opened her eyes. She was alive.

The state Health Department found St. Joe's care of patient Colleen S. Burns in 2009 unacceptable and a federal agency criticized the hospital for not properly investigating the cause. The hospital's mishandling of the case was part of the reason the state Health Department fined St. Joe's $22,000 last September -- the largest fine levied against a Central New York hospital since 2002.

The state could not find a case similar to the Burns case after reviewing the past 10 years of inspection records, a spokesman said.

A series of mistakes that began shortly after Burns arrived in the emergency room suffering from a drug overdose led to the near catastrophe, the investigations showed. A review by the state Health Department found:

*Staff skipped a recommended treatment to prevent the drugs the patient took from being absorbed by her stomach and intestines.

*Not enough testing was done to see if she was free of all drugs.

*Not enough brain scans were performed.

*Doctors ignored a nurse's observations indicating Burns was not dead and her condition was improving.

The hospital made no effort to thoroughly investigate what went wrong until it was prodded by the state. The investigation did find, however that St. Joe's had acceptable organ procurement policies and procedures.

Burns, 41, of North Syracuse, recovered from her overdose of Xanax, Benadryl and a muscle relaxant and was discharged from the hospital two weeks after the near-miss in the operating room. But 16 months later, in January 2011, she committed suicide, said her mother, Lucille Kuss.

Having her daughter mistaken as dead and nearly cut open at the hospital was a horrible experience for the family, Kuss said. The doctors never explained what went wrong, she said.

"They were just kind of shocked themselves," she said. "It came as a surprise to them as well."

Burns, who had three daughters, was never upset about the incident, her mother said.

"She was so depressed that it really didn't make any difference to her," Kuss said.

Neither Burns nor any of her relatives sued St. Joe's.

St. Joe's officials would not discuss the specifics of the case. Burns' family asked them not to, hospital spokeswoman Kerri Howell said.

"St. Joseph's goal is to provide the highest quality of care to every patient, every time," Howell said in an email to The Post-Standard. The hospital works with Finger Lakes Donor Recovery Network to follow strict policies and procedures for organ donation, she said.

"These policies were followed in this case, which was complicated in terms of care and diagnosis," Howell said. "We've learned from this experience and have modified our policies to include the type of unusual circumstance presented in this case."

St. Joe's officials thought Burns suffered "cardiac death" in October 2009, according to documents obtained by The Post-Standard under the state Freedom of Information Law.

Her family had agreed to allow doctors to withdraw life support and remove her organs after they were told she was dead.

The day before her organs were to be removed, a nurse had performed a reflex test on Burns, scraping a finger on the bottom of her foot. The toes curled downward - not the expected reaction of someone who's supposed to be dead.

There were other indications that Burns had not suffered irreversible brain damage, as doctors had determined. Her nostrils flared in the prep area outside the OR. She seemed to be breathing independently from the respirator she was attached to. Her lips and tongue moved.

Twenty minutes after those observations were made, a nurse gave Burns an injection of the sedative Ativan, according to records.

In the doctors' notes, there's no mention of the sedative or any indication they were aware of her improving condition.

None of those signs stopped the organ-harvesting process. It wasn't until Burns was wheeled into the OR on Oct. 20, 2009, opened her eyes and looked at the lights above her that doctors called it off.

Burns had been in a deep coma from taking an overdose of drugs. Hospital personnel misread that as irreversible brain damage without doing enough to evaluate her condition, the state Health Department found.
The federal Centers for Medicare and Medicaid Services criticized St. Joe's response to the incident.

"Despite this sequence of events, intensive objective peer review and root cause analysis of the case was not done by the hospital's quality assurance program until prompted by the Department of Health," the federal agency's report said.

The state started investigating the case in March 2010 in response to an inquiry from The Post-Standard.

It wasn't until the day after the state made a surprise inspection that St. Joe's did any investigation, the state report said. And even then, it was cursory - a one-page document that cited "perception differences" without analyzing the cause of the mistake, the investigative findings said.

"The hospital did not undertake an intensive and critical review of the near catastrophic event in this case," the federal agency's report said. St. Joe's officials did not "identify the inadequate physician evaluations of (Burns) that occurred when nursing staff questioned possible signs of improving neurological function."

Burns did not suffer a cardiopulmonary arrest and did not have irreversible brain damage, as St. Joe's had determined, the state's report said.

"The patient did not meet criteria for withdrawal of care," the report said.

Hospital officials didn't wait long enough or conduct enough tests to determine that all of the drugs were out of Burns' system before deciding whether to take her off life support, the state said.

Source: Syracuse
Posted by Abdulkabir Olatunji at 8:03 AM