The violence in this country is frightening... 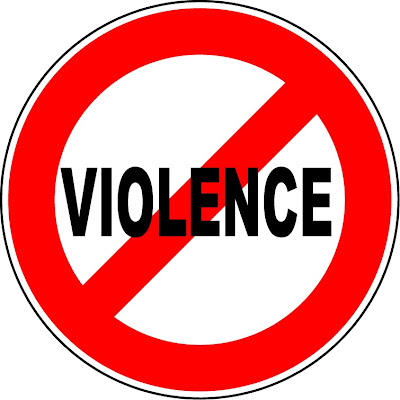 PUNCH Metro learnt on Thursday that the robbers were set on fire on Wednesday evening, shortly after robbing a recharge card trader at Second Junction bus stop on Governor’s Road.

Our correspondent, who visited the area, observed burnt tyres, carcass of a burnt motorcycle and some human flesh on the side of the road.

The recharge card trader, Ese Akporhono, who had a bandage on her head, told our correspondent that the robbers came to her shop posing as customers.

She said a few seconds later, the suspects pointed a gun at her and stole recharge cards worth N400,000 before fleeing.

She said, “Around 5pm, I was closing the shop when the men approached me saying they wanted to buy recharge card.

“Before I knew what was happening, the men brought out guns and went into my shop, They stole recharge cards and money. I engaged them in a struggle and attempted to prevent them from fleeing. They overpowered me and used the butts of their guns to hit me in the face and head.”

Our correspondent learnt that the robbers allegedly snatched a motorcycle and shot a man in the area and were fleeing when a motorist knocked them down.

An eyewitness, who requested anonymity, said a bystander prevented them from fleeing as he pelted them with stones while they were attempting to stand up.

Other residents quickly joined the bystander and grabbed the weak robbers, beating them up to a pulp.

He said, “After the vehicle knocked them down while they were attempting to escape, we seized them and beat them to a pulp. The crowd grew larger and this attracted the attention of policemen.”

Our correspondent learnt that a team of policemen from Ikotun Police Station stormed the scene and attempted to rescue the robbers but were overwhelmed by the mob.

It was learnt that policemen even fired gunshots into the air but the mob remained adamant.

A woman, who runs a bar in the area, said another team of policemen also arrived from Area M, Idimu, but the mob set the robbers ablaze.

She said, “The policemen came in a patrol vehicle and asked the crowd to hand over the robbers but they refused because they did not trust the police.

“Another team of policemen also came but the crowd ignored them. Some of them (crowd) got tyres, placed them round the robbers’ necks and set them ablaze.

“They however handed over their guns to the police.”

When asked why the residents took laws into their own hands, the woman said there had been an increase in robbery in the area and the police had failed them.

She said, “It is because armed robbers have been terrorising us that is why we close our shops early. Last year, a pregnant woman was robbed and killed in this area.

“We cannot continue to fold our arms. By this act, robbers will be afraid anytime they think of coming here.”

Akporhono told our correspondent that her recharge cards were still with the police and they had refused to return them to her.

“Police are holding my recharge cards as exhibit, I want them back because I am the victim,” she said.

When contacted on the telephone, the spokesperson for the state police command, Ngozi Braide, said she was aware of the incident and promised to call back.

Source: Punch
Posted by Abdulkabir Olatunji at 4:06 AM