Solomon Lar passes on at 80

Frontline Nigerian politician and first chairman of the People's Democratic Party (PDP), Chief Solomon Lar has died at the age of 80... 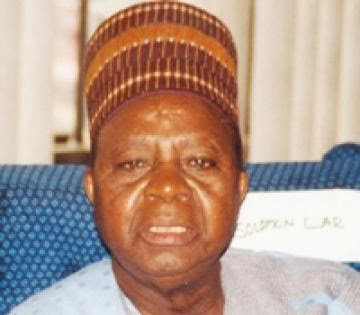 The Plateau State government has announced the death of the former governor of old Plateau State and founding chairman of the ruling People’s Democratic Party, PDP, Chief Solomon Daushep Lar, at the age of 80.

Lar’s death was announced by Governor Jonah Jang at the Government Lodge, Jos following a call from a member of the family from the United States where he passed on at 3.30am, yesterday.

”I received a call from the US that Baba (Chief Solomon Lar has gone to be with The Lord. Baba died at 3.30 a.m. this morning”, he said in a solemn voice.

He said he felt duty bound to inform the people of the state following the confirmation of the death.
Anxiety over the health of the elder statesman heightened on Monday after he reportedly passed out and had to be resuscitated and placed on life support.

Family sources disclosed that it became apparent that it was a matter of time as the doctors treating him doubted if he could make it.

It was learnt that they made it clear that he was not fit to travel when some family members suggested that he should be brought home following the hopeless picture painted by the medical team.

Source: Vanguard
Posted by Abdulkabir Olatunji at 4:15 AM