Bright Okpocha a.k.a. Basketmouth is one of Nigeria's leading comedians and is one of those that have helped to grow the comedy industry beyond the afterthought it was behind music and movies several years ago.

However, the comedian has been in the news for all the wrong reasons since posting a joke on Facebook and Twitter over the weekend that suggests that rape might be an option for young men in relationships with a certain group of women.

Whilst I cannot republish the offensive joke, I can give a snapshot of Baskmouth's apology on Twitter. Have a look next... 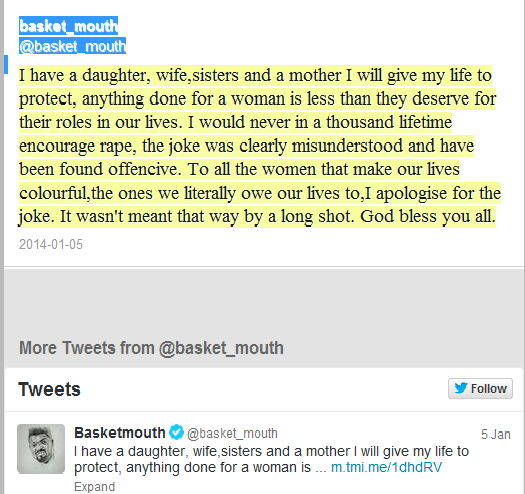 Just for the record Basketmouth, it is "offensive" not "offencive".
Posted by Abdulkabir Olatunji at 8:46 AM