Canada's Former Defence Minister Says Aliens are Living Amongst Us

This news is coming from an interview that Paul Hellyer, former minister of Defense of Canada granted Russia Today. Read excerpts next... 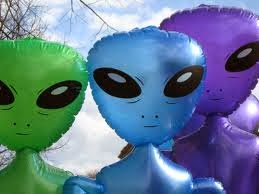 Sophie Shevardnadze: Our guest today is the Honorable Paul Hellyer, former minister of Defense of Canada, and he believes that life forms from space are present on Earth. It’s great to have you on our show. Why do you say that UFOs are as real as airplanes flying over our heads?

Paul Hellyer: Because I know that they are. As a matter of fact, they’ve been visiting our planet for thousands of years and one of the cases that would interest you most if you give me two or three minutes to answer is that during the Cold War, 1961, there were about 50 UFOs in formation flying south from Russia across Europe, and Supreme Allied Command was very concerned and about ready to press the “Panic” button when they turned around and went back over the North Pole. They decided to do an investigation and they investigated for 3 years and they decided that, with absolute certainty, four species - at least – had been visiting this planet for thousands of years. We have a long history of UFOs and of course there has been a lot more activity in the last few decades, since we invented the atomic bomb and they are very concerned about that and the fact that we might use it again, and because the Cosmos is a unity and it affects not just us but other people in the Cosmos, they are very much afraid that we might be stupid enough to start using atomic weapons again, and this would be very bad for us and for them as well.

SS: No serious scientist has ever publicly confirmed evidence of an encounter with extra-terrestrials – why would scientists not confirm the facts if they exist?

PH: I’m afraid they must go out of their way not to find out. Even if they do 10 percent of the amount of research I’ve done in the last 8 years they would be as convinced as I am. I mean, they could do it even faster. Might take it a little longer, when they didn’t have military background, but there are so many wonderful books that tell these stories and they’ve been authenticated; the sightings have been authenticated by more than one witness and also by radar, and they have landed in various places around the world, including Russia. There’s famous case there, I can’t remember the name of the place, but it was widely reported at the time, a man wrote a book about it and then the French bought the book rights so it wouldn’t be circulated around… There’s just so much evidence, if anybody will take a time off to do a little bit of research and study. Some people are interested and will take the time, and the others just say “Oh, you know it’s just fantasy”. Since I’ve been public on this subject I get probably three or four emails a week from all over the world, from people who’ve actually witnessed sightings, and some of them who’ve actually been on the ships, and some of them who’ve actually been transported to another planet. This information… it is top secret in a way that governments don’t talk about it, but if you listen to whistleblowers and to the people who have worked in the industry, and who know what is going on, there’s just a lot of information out there and it doesn’t take very long to get your hands on it.

SS: See, the problem is that some who report UFOs sightings and alien abductions have been shown to make things up to be famous, to make money – or just for a prank. How do we tell fiction from a fact?

PH: You have to spend a lot of time trying to find…we use to say “separating wheat from the chaff”, and it takes a lot of effort. When I was minister I got sighting reports and when we checked them out, about 80 percent, 8 out of 10, were not real, they were sights of Venus or of plasma or a dozen other things, but there were 15 percent or 20 percent for which there was no explanation and they were the genuine unidentified flying objects. One of the conferences I went to… it was in Las Vegas… was promoted by chap who had written a book about crashes and there were dozens and dozens of them and many of them very-very well authenticated, so it would be impossible to read of that evidence and not come to the conclusion that these vehicles were real.

SS: So does it just look like a falling star that falls really quickly and then rises again? What does it look like?

Posted by Abdulkabir Olatunji at 8:18 AM