This is interesting because we in Nigeria and other African countries have found Chinese brands like Tecno and Gionee quite revolutionary in terms of giving people cheaper access to smartphones... 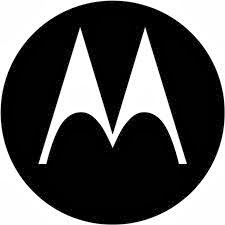 Lenovo to buy Motorola Mobility from Google for $2.91 billion

Lenovo Group said on Wednesday it agreed to buy Google Inc's Motorola handset division for $2.91 billion, in what is China's largest-ever tech deal as Lenovo buys its way into a heavily competitive U.S. handset market dominated by Apple Inc.

It is Lenovo's second major deal on U.S. soil in a week as the Chinese electronics company angles to get a foothold in major global computing markets. Lenovo last week said it would buy IBM's low-end server business for $2.3 billion.

The deal ends Google's short-lived foray into making consumer mobile devices and marks a pullback from its largest-ever acquisition. Google paid $12.5 billion for Motorola in 2012. Under this deal the search giant will keep the majority of Motorola's mobile patents, considered its prize assets.

Shares of Google climbed 2.6 percent to about $1,136 in after-hours trading. Google Chief Executive Officer Larry Page said that Google would be best served by focusing on smartphone software rather than devices.

Reuters reported the deal earlier on Wednesday, citing sources familiar with the deal.
The purchase will give Lenovo a beach-head to compete against Apple and Samsung Electronics as well as increasingly aggressive Chinese smartphone makers in the highly lucrative U.S. arena.

In 2005, Lenovo muscled its way into what was then the world's largest PC market by buying IBM's personal computer division. It has powered its way up the rankings of the global smartphone industry primarily through sales on its home turf but had considered a U.S. sortie of late.

"Using Motorola, just as Lenovo used the IBM ThinkPad brand, to gain quick credibility and access to desirable markets and build critical mass makes a lot of sense," said Forrester Research analyst Frank Gillett.
"But Motorola has not been shooting the lights out with designs or sales volumes in smartphones. So the value is simply in brand recognition to achieve market recognition faster - and to expand the design and marketing team with talent experienced at U.S. and Western markets."


Posted by Abdulkabir Olatunji at 7:57 AM