Ratuken to acquire Viber for $900 million

That is a whole lot of money! 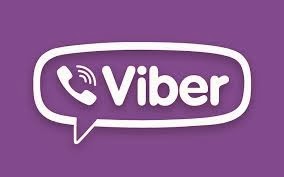 Japan’s Rakuten Inc. is buying Cyprus-based Viber Media, which operates a popular Internet phone application, for $900 million, fortifying the online retailer’s social networking footprint.
The Tokyo-based company said on Friday it sees Viber, with 280 million global users, as a key platform as people are moving from TVs and computers to mobile devices to consume and enjoy content.
Rakuten, which competes with Amazon.com and Yahoo, has been successful with online shopping in Japan. But it is eager to expand in scope as well as outside Japan.
Rakuten already has in its portfolio online scrapbook site Pinterest and Canadian e-book maker Kobo Inc.
Rakuten also announced its earnings for the fiscal year ended Dec. 31.
Its profit doubled from 2012 to 43.5 billion yen ($427 million). Sales of 518.6 billion yen ($5.1 billion) were up nearly 30 percent from the previous year.
The company said its cloud services and call services for smartphones were strong last year.
Also boosting results were the Rakuten Ichiba shopping mall, its credit card and travel services, as well as its professional baseball club Rakuten Eagles the former team of pitcher Masahiro Tanaka, now a New York Yankee.
Source: The Hindu
Posted by Abdulkabir Olatunji at 5:58 AM