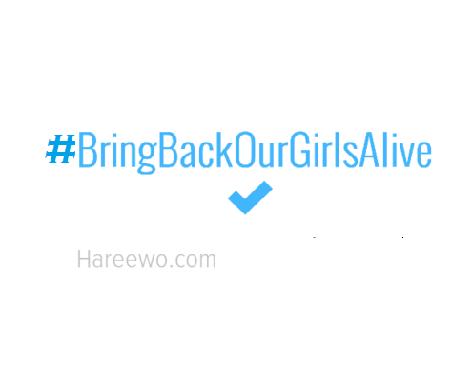 Who is the person that came up with this idea if this is true?

The Bring Back Our Girls (BBOG) campaigners have taken a swipe at the Federal Government for allegedly giving 100 million naira to the families of the abducted school girls from Chibok community.

The group urged the Federal Government to confront the challenges before it, like other countries would do, rather than always believe that money would solve everything.

They also urged the Federal Government to treat the abduction of the girls with the required urgency and return them to their families rather than trying to silence their families with money.

The group which has been sitting out to protest the abduction of the girls vowed to continue to hold their protests until the girls are rescued.

A new controversy started when parents of the abducted girls alleged that they have been shortchanged by Chibok community leaders who received 100 million naira cash gift from the Presidency, on their behalf during their visit to the Presidential Villa for a meeting with President Goodluck Jonathan.


Although a presidential aide denied any such gift to Chibok parents, one parent, Mr Abdu Halidu, said that he got N200, 000 from the money and the parents of the missing girls have reportedly said that the amount shared to them was unacceptable.

Meanwhile, the leadership of Kibaku community an umbrella body for the Chibok community has denied claims that they collected money after the community’s meeting with President Jonathan.

Posted by Abdulkabir Olatunji at 5:35 AM