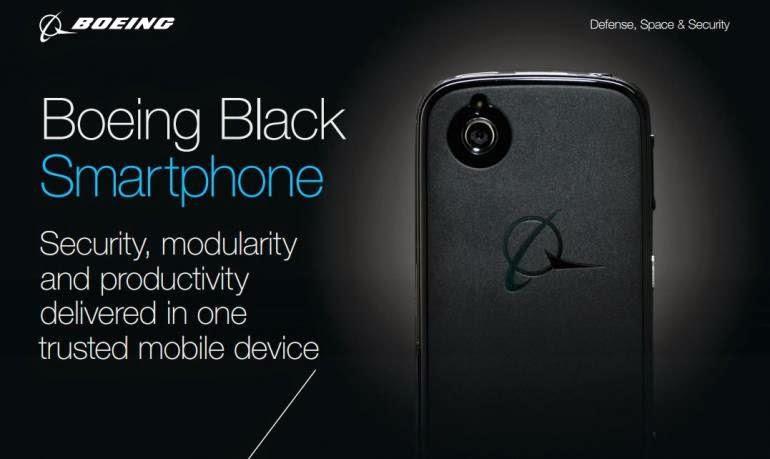 Geared toward users in the defense and security communities, the Boeing Black promises customers peace of mind via the handset's self-destruct feature.

Based on papers filed by Boeing in February, there are no serviceable parts in the device. And any attempt to break open the product casing would trigger a Mission Impossible-style deletion of saved data and software, and render the gadget inoperable.

"We're pleased to announce that Boeing is collaborating with BlackBerry to provide a secure mobile solution for Android devices utilizing our BES 12 platform," BlackBerry CEO John Chen said during a conference call.

"That, by the way, is all they allow me to say," he added, as reported by Reuters.


In a statement emailed to PCMag, a BlackBerry spokeswoman confirmed the collaboration, saying that it will "provide secure mobile solutions for Android devices utilizing our BES12 platform."
Boeing's 4.3-inch qHD Black phone weighs in at 170 grams, comes with a lithium-ion 1590 mAh battery, Bluetooth v2.1, dual 1.2GHz ARM Cortex-A9 CPUs, on-board storage plus a microSD slot, and expansion ports for a micro USB, PDMI (portable digital media interface), or a modular 24-pin connector. There's also the Boeing PureSecure technology, which is meant to protect the phone, its data, and the transmission of information.

Posted by Abdulkabir Olatunji at 8:01 AM