FG: We Have no Plans to Remove Jega 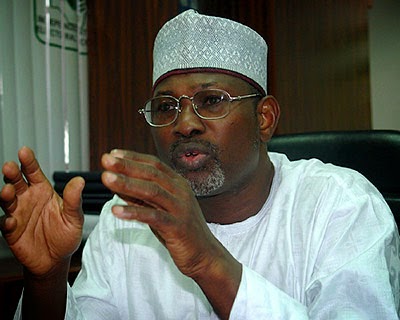 
Whilst the Internet has been crazy about arguing about whether a dress is blue and black or white and gold, we Nigerians have been debating on the rumour that the federal government through the Head of Service of the federation might ask the Chairman of the Independent National Electoral Commission (INEC) to proceed on terminal leave next week...


The Supervising Minister of Information, Edem Duke has said that President Goodluck Jonathan has no plan to sack the chairman of the Independent National Electoral Commission (INEC) He however noted that Jega’s exit as the chairman of the nation’s electoral umpire will take natural course.

The minister, who was answering questions from journalists on the purported plans by government to send the INEC chairman on terminal leave said, urged the media to exercise due diligence in separating propaganda and the truth.

“Those who are competing for office and have no record to back their aspirations have spent a lot of money in building the social media propaganda. Some of them, their prowess is propelled by the social media and they are creating something that is not. “They recruited international PR companies to build a product that does not exist. But please be guided by the fact that truth struck down a thousand times will rise up again. You cannot use all the social media and billboards to say that the trains that were not working are now working,” he said.

Duke observed that the Yoruba Youth Worldwide and the Northern Elders Forum’s endorsement of President Jonathan is an eloquent testimony to Jonathan’s achievement, which cuts across all the sectors of the nation’s economy.

The minister, who solicited the cooperation of the media in ensuring a hitch free elections said: “I came with enthusiasm and determination considering the general elections that is forthcoming and expectations from Nigerians. “I urge the media to apply a sense of patriotism, decorum and be guided by professionalism and the tenets of our profession. Pursue the agenda of sustaining national unity and inter-religious harmony and ensure that Nigeria come out stronger. We must be sensitive of the words that come out from individuals and groups clamouring to lead this nation,” he added. -


Posted by Abdulkabir Olatunji at 1:57 PM