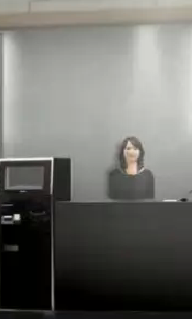 Its official, robots are officially taking the jobs of human beings...

A new hotel in Japan has taken the concept of ‘high-tech’ to a whole new level by enlisting the help of human-like robots that establish eye contact, respond to body language and speak multiple languages.

When the two-story hotel, called Henn-na Hotel, which translates as Strange Hotel, opens its doors on July 17, robots will be waiting to greet guests and check them in.

Three “actroids” will serve as receptionists, having conversations in English, Japanese, Chinese and Korean and interpreting voice inflection and body language.

There will be seven other robots to start, and they will perform duties such as carrying bags to rooms or providing maid service.

The hotel, located in Huis Ten Bosch theme park in Nagasaki Prefecture, Japan, will boast 72 rooms, with an additional 72 rooms slated to be completed in 2016. Rooms will start at $60 a night.

Other futuristic characteristics of the hotel include having facial recognition in place of room keys and room temperature that is automatically adjusted based on radiation panels that will monitor guests’ body heat. Rather than calling the front desk, guests can use a hotel-provided tablet to request amenities.