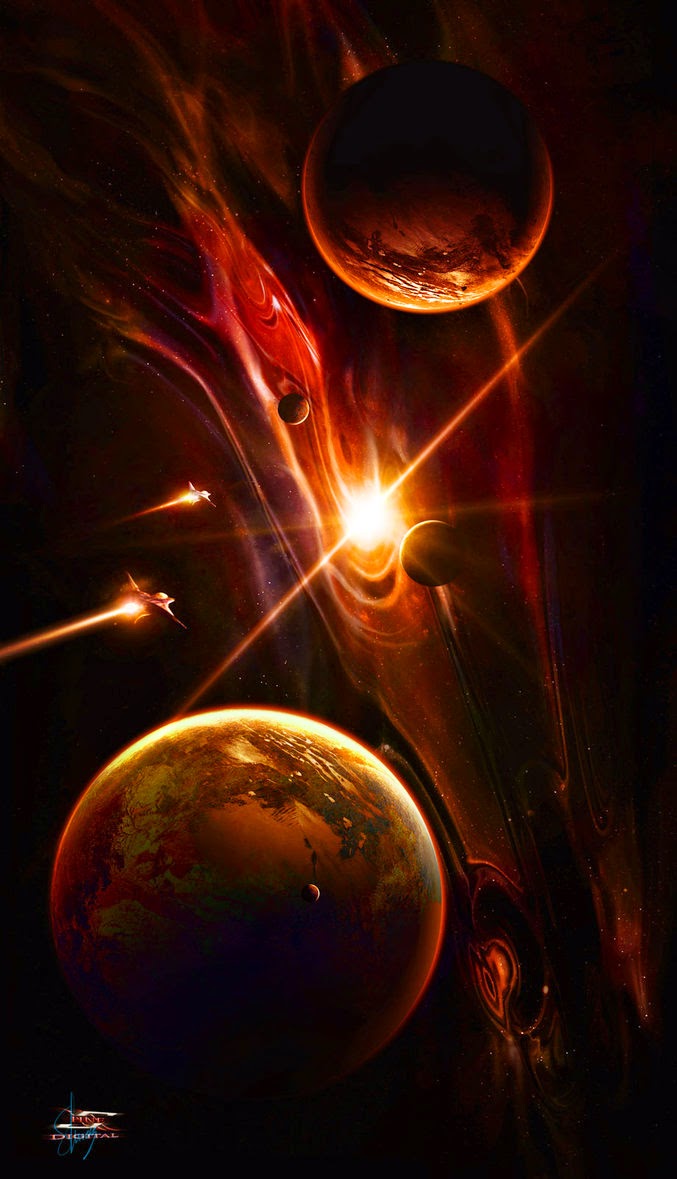 It is either  this guys have their science right or they have been watching too much of FRINGE...

To the average person, quantum mechanics is the convoluted, science fiction-y branch of physics. A radical new theory plays into that, proposing that parallel universes exist and interact with each other ‒ and that scientists may be able to test for them.

Prof. Howard Wiseman, a physicist at Griffith University in Brisbane, Australia, along with his collaborators Dr. Michael Hall, also of Griffith University, and University of California, Davis mathematician Dr. Dirk-Andre Deckert, published their new "many interacting worlds" (MIW) theory in the journal Physical Review X. They posited that other universes are real, exist in vast numbers and exert influence on each other.

“The idea of parallel universes in quantum mechanics has been around since 1957,” Wiseman said in a statement. “In the well-known ‘Many-Worlds Interpretation’, each universe branches into a bunch of new universes every time a quantum measurement is made. All possibilities are therefore realised – in some universes the dinosaur-killing asteroid missed Earth. In others, Australia was colonised by the Portuguese.”

“But critics question the reality of these other universes, since they do not influence our universe at all,” he added. “On this score, our “Many Interacting Worlds” approach is completely different, as its name implies.”

There are three main points to the MIW theory, according to the Griffith statement. First, that the universe we live in is just one of an unknown “gigantic” number of worlds, some of which are “almost identical to ours,” but most are “very different.” Second, all of the worlds are “equally real,” existing continuously through time with precisely defined properties.Third, quantum phenomena arise from “a universal force of repulsion between ‘nearby’ (i.e. similar) worlds, which tends to make them more dissimilar.”

“All quantum effects arise from, and only from, the interaction between worlds,“ the physicists explained in their abstract.

Hall said the radical new theory may even create the extraordinary possibility of testing for the existence of other worlds.

“The beauty of our approach is that if there is just one world our theory reduces to Newtonian mechanics, while if there is a gigantic number of worlds it reproduces quantum mechanics,” he said in the statement. “In between it predicts something new that is neither Newton’s theory nor quantum theory. We also believe that, in providing a new mental picture of quantum effects, it will be useful in planning experiments to test and exploit quantum phenomena.”

American theoretical physicist Richard Feynman once noted: “I think I can safely say that nobody understands quantum mechanics.” And the MIW group admits that their theory is a bit out there.

"Any explanation of quantum phenomena is going to be weird, and standard quantum mechanics does not really offer any explanation at all ‒ it just makes predictions for laboratory experiments," Wiseman told the Huffington Post in an email. "Our new explanation... is that there are ordinary [non-quantum] parallel worlds which interact in a particular and subtle way."

Meanwhile scientists at the Large Hadron Collider hope to make contact with a parallel universe in a few days! Read more by clicking here.
Posted by Abdulkabir Olatunji at 2:40 PM