Jose Mourinho On the Brink of Being Sacked at Chelsea 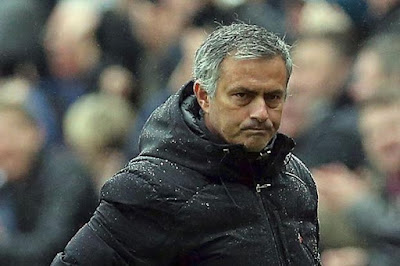 This is the worst spell in Jose Mourinho's career as a football manager as he himself has admitted and with Chelsea's 1-3 loss to Liverpool today at Stamford bridge, it seems certain that 'the special one' has lost his touch and has to go.

Mourinho is also reported to be considering opportunities at other clubs.

It seems a rather sad end to Chelsea's most successful manager's career at the club.
Posted by Abdulkabir Olatunji at 7:53 AM