Nigeria: Of Rent-Seekers and Producers 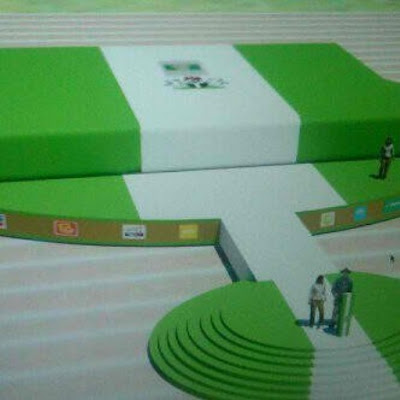 The trending topic in Nigeria at the moment outside of security issues is the state of the economy and for many individuals the massive retrenchment or job losses from many companies in the private sector- from banks to manufacturing organisations as well oil and gas firms. There are even rumours that the government is secretly retrenching or planning to retrench thousands of civil servants.

It is common to hear comments like: 'how do they want people to survive?', 'the government should provide jobs'. Nobody is asking: 'how do we increase the productive base of our economy?' or 'how do we harness our individual and collective abilities to create value and increase wealth?'

The reason for this is simple: we are a nation of rent-seekers who want to do little and get rewarded bountifully for it. Until we change this mindset, we will continue to perpetuate a vicious cycle that sees a large proportion of the population remaining poor regardless of the economic condition of our country while a smaller percentage will celebrate during economic booms and protest bitterly during recessions.

A closer look at the current state of our economy shows that while many companies in many industries are sacking staff, a few companies that are engaged in genuinely creating value are either maintaining their current staff strength or are recruiting more. This is not a sentimental decision by them but a sound economic one. Companies like those in the Dangote Group, Globacom in the telecommunications sector and online retailers like Jumia and Konga and other Internet companies are not sacking staff for economic reasons and the reason is simple- they are emgaged in genuinely productive activities as manufacturers or delivering services that people need.

There will be some that argue that the likes of Aliko Dangote and Mike Adenuga of Globacom have enjoyed 'unfair advantages' from the government but a critical look at these claims indicate that many of Nigeria's elite who run into millions have similar advantages and have done little with it outside of collecting their share of the 'national cake'.

It is time we all stopped waiting for our share of the 'national cake' and moved into the 'national kitchen' to produce all sorts of meals like jollof rice, moimoi, pounded yam, edikaikong, afang soup, amala gbegiri and ewedu plus others. We will not be hungry if we all work to produce these and other meals rather than wait for the crumbs of the national cake of which a very minute fraction remains.
Posted by Abdulkabir Olatunji at 2:14 AM