His friend wanted him killed and buried with his late father 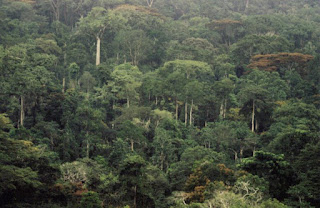 For some reason, I did not go to work early this morning and I ended-up listening to Cool fm 96.9 and heard the most amazing story and now I share with you my people. The story is from someone who called-in on the Good Morning Nigeria Show.

Story
Kunle (not real name) followed "his best friend" to the village for the burial of his late father from Lagos. Everything went well and they got to the village safely and Kunle was well-received by his friend's people. Kunle decided to go and buy recharge card for his phone on this day (Friday) and after buying the recharge card from the sales girl, the girl asked him for his phone number. Although, Kunle thought it strange that she should ask for his phone number, he obliged her. At around 10pm that night, kunle received a phone call from the recharge card vendor. She told Kunle that his friend had brought him along to the village to be killed and buried with his friend's late father as a companion. She also told him not to make any attempt to escape immediately as he would be caught because he had been under surveillance from the moment he got into that village. She told him to make a run for it early on Saturday morning as that would be the best time because nobody would be expecting him to run anymore.

Kunle did not wait much and bolted in the bush after midnight on Saturday morning. The villagers discovered and did chase him into the bush. Kunle, decided that climbing a tree would be his best bet. The native doctors from the village did reach the tree on which Kunle hid stating that there was someone present in the area. However, none of the chasing party thought of looking up into the trees and thankfully for Kunle, his phone did not ring otherwise that would have been it for him.

The villagers eventually left the scene where Kunle was hiding and he managed to escape to the express way from where he managed to get transported to Lagos.

Kunle called "his friend" when he got to Lagos. He asked him if he felt what he did was a good thing. The friend told Kunle that he would not understand and that he should not tell anybody. Three weeks after this incident Kunle's friend has not returned to Lagos.

Kunle had to tell this to someone and he called Cool fm this morning. Mannie, Valerie and a third OAP (don't know her name) at Cool fm asked him for the name of the village and the state where this happened, Kunle was hesitant and refused, choosing to only say the region of Nigeria it happened (I will not mention that, so as not to lose the essence of this story) because he was obviously scared- he said he had given all the information he felt he could afford to give at that point and cut the phone.

Now, if you were in Kunle's shoes what would you do?
Posted by Abdulkabir Olatunji at 8:37 AM