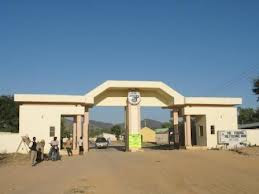 (Reuters) - Gunmen opened fire on students in a college in the northeast Nigerian city of Mubi on Tuesday, killing and wounding an unknown number, emergency services said.
The attack took place at Federal Polytechnic Mubi in Adamawa state which, like much of the north, been targeted by Islamist insurgents.

"Definitely there are casualties but we don't yet know how many dead or injured," said the spokesman of the National Emergency Management Agency, Yushua Shuaib.

The Boko Haram Islamist sect, which usually targets politicians or security forces, has also attacked students in the past and has cells in Adamawa.

Shuaib said it was not clear if the attack was carried out by Boko Haram or if it was related to a dispute between rival political groups at the college.

Source: Reuters
Posted by Abdulkabir Olatunji at 5:55 AM