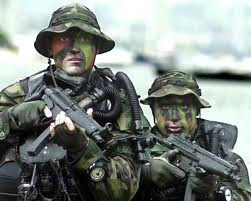 Reward for Killing Osama bin Laden is a Truck Driving Job
The U.S. Navy Seal who shot and killed Osama bin Laden during a May, 2011 raid recently did an interview with Esquire magazine and talked about what killing one of the most infamous war criminals in history has done for him. Identified only as "The Shooter" in the magazine article due to security concerns, the former SEAL noted that he’s been largely abandoned by the U.S. government since he left the military in the fall of 2012.

The Shooter indicated that he was doing the interview both to set the record straight about the historic mission and to indicate how ex-soldiers are treated by the U.S. government. The Shooter indicated that his time in the military resulted in no pension, no health care and no protection for himself or his family. He told the magazine that "[SEAL command] told me they could get me a job driving a beer truck in Milwaukee." He added, "My health care for me and my family stopped. I asked if there was some transition from my Tricare to Blue Cross Blue Shield. They said no. You're out of the service, your coverage is over. Thanks for your 16 years. Go f--- yourself."

Now, to be fair, it should be noted that the military requires 20 years in service to be eligible for retirement benefits and offers continuing health insurance for 180 days for those who agree to remain in active duty in a supporting role or who becomes reservists. The Shooter did neither.

Read more at Buzzle: http://www.buzzle.com/articles/reward-for-killing-osama-bin-laden-is-a-truck-driving-job.html
Posted by Abdulkabir Olatunji at 1:42 AM

Email ThisBlogThis!Share to TwitterShare to FacebookShare to Pinterest
Labels: Seal that killed Osama, US Seals