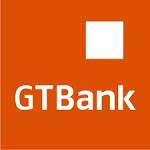 One of Nigeria's largest banks is expanding...

Guaranty Trust Bank Plc (GUARANTY), Nigeria’s largest lender by market value, will open units in Kenya, Tanzania and Uganda as it seeks to expand in East Africa, Chief Executive Officer Segun Agbaje said.
The bank will “acquire lenders that are not that large, but profitable in those countries in the short term,” he said in a conference call from Lagos, the commercial capital.

Nigeria is sub-Saharan Africa’s biggest economy after South Africa. The country’s lenders are returning to profitability after Central Bank of Nigeria Governor Lamido Sanusi bailed out banks with 620 billion naira ($3.9 billion) as loans to equity speculators and fuel importers pushed the industry near collapse. The government then created the Asset Management Corp. of Nigeria to buy bad debts from the country’s lenders.

Guaranty Trust Bank is seeking loan growth of 20 percent this year from about 11 percent in 2012 and intends to invest more in large oil and manufacturing companies, Agbaje said.

The bank’s profit after tax and income from discontinued operations rose to 87.2 billion naira in 2012 from 51.7 billion naira a year earlier, the lender said on April 2.

Posted by Abdulkabir Olatunji at 4:40 AM