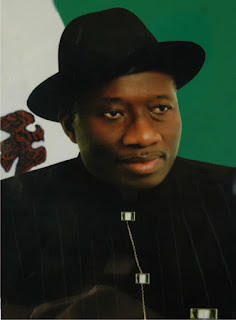 Former Prime Minister of Britain, Baroness Margaret Hilda Thatcher died Monday at the age of 87 after suffering a stroke at the Ritz Hotel in central London where she had been staying since December.

Thatcher, who ruled Britain from 1979 to 1990, had in recent years, battled with the ravaging effects of dementia and failing health, which forced her to withdraw from public life.

Reacting to her death Monday, President Goodluck Jonathan joined several global leaders to mourn her death, describing her as one of the greatest world leaders in the 20th century.

In the same breath, the incumbent British Prime Minister David Cameron called her a “great Briton” and Queen Elizabeth II spoke of her sadness at the death.

As Conservative prime minister of the United Kingdom, she was the first woman and only woman to date to hold the role.

The BBC said she will not have a state funeral but will be accorded the same status as Princess Diana and the Queen Mother.

The ceremony, with full military honours, will take place at London's St Paul's Cathedral while the Union Jack above Number 10 Downing Street, official residence of Britain’s prime ministers, was lowered to fly at half-mast.

Cameron, who was in Madrid Monday for meetings, cancelled planned talks in Paris with French President Francois Hollande and returned to the UK immediately where he convoked the parliament to pay tribute to Thatcher.

“Today is a truly sad day for our country. We’ve lost a great prime minister, a great leader and a great Briton,” Cameron said.

“Margaret Thatcher was not just a leader of our country but he saved our country,” Cameron told the parliament.

While in office, Thatcher's government privatised several state-owned industries. She was also in power when the UK went to war with Argentina over the Falkland Islands in 1982.

Cameron said: "Margaret Thatcher succeeded against all the odds. The real thing is she didn't just lead our country; she saved our country.

“I believe she will go down as the greatest British peacetime prime minister.”

In his condolence message to the government and people of Britain, Jonathan described Thatcher as one of the world’s greatest leaders.

In the condolence message signed by the President’s Special Adviser, Media and Publicity, Dr Reuben Abati, he said: “Having already attained a legendary status in her lifetime after positively transforming Britain forever in her eleven-and-half years as prime minister, Baroness Thatcher will, with her passage today, formally take her place in history as one the greatest world leaders of our time.”

He noted that “Baroness Thatcher will be eternally honoured for serving her country with immense passion and strong-willed determination as well as for the great transformation that resulted from her economic and social policies which laid the solid basis for the remarkable economic growth that was witnessed in Britain under the Conservative Government that she led.”

The late Baroness Thatcher, the president added, would always be remembered by the world for her “very unique, distinctive and purposeful leadership which restored pride and respect to her country and made a resurgent Great Britain a force to be reckoned with on the global stage.”

He assured Cameron and the people of Britain that the government and people of Nigeria share their sadness and deep sense of loss at the passage of Thatcher and joined them in praying for the peaceful repose of her great soul.

“President Jonathan and Nigerians join the Thatcher family, citizens of Great Britain, members of the Commonwealth and all those in far-flung corners of the world whose lives were positively touched by her dynamic and forward-looking policies in mourning the passage of the celebrated first female British Prime Minister,” the statement added.

The “Iron Lady” was a polarising figure in Britain and beyond during her time in office, but the foreign leaders were unanimous in acknowledging her place in 20th-century history, with President Barack Obama mourning a “true friend of America.”

Kohl, considered the father of Germany’s 1990 reunification, said he “greatly valued Margaret Thatcher for her love of freedom, her incomparable openness, honesty and straightforwardness.”

Israeli President Shimon Peres said: “There are people, there are ideas. Occasionally those two come together to create vision. …(Thatcher) showed how far a person can go with strength of character, determination and a clear vision.”

France’s Socialist Prime Minister Jean-Marc Ayrault paid tribute to “a great head of state” but also had some harsh words for the policies she enacted while in power.

“It was another time, a time that was called the Thatcher years, the Reagan years, which caused significant economic and social damage, and excessive liberalisation,” he said.

For his part, former French president Jacques Chirac said: “It’s known that we had disagreements in the past. But I must add that these differences in views never prevented mutual respect.”

Posted by Abdulkabir Olatunji at 6:12 AM