13 people arrested in China for spreading a rumour

Apparently, spreading rumours is not welcome in China... 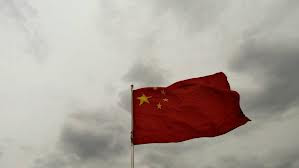 
Police in Beijing said Tuesday that 13 people have been arrested for allegedly spreading rumors and disrupting public order by inciting a protest after a young woman's death earlier this month.
A statement from the Beijing Municipal Public Security Bureau said the woman surnamed Yuan, who fell to death from a clothing market building in Fengtai District on May 3, had committed a suicide.
The statement said a police investigation had ruled out possibilities that Yuan had been assaulted or murdered.
Yuan's death, however, spawned swirling rumors on the Internet claiming she had been raped and murdered by the building's security guards, which prompted a protest outside the building on May 8, the statement said.
Police said Yuan's boyfriend surnamed Peng allegedly spread the rumors online to call for Yuan's fellow townsmen from east Anhui Province to "demand an answer" from the market, as he was unsatisfied by the market's handling of Yuan's death.
Police have arrested Peng and 12 others, including one of Yuan's former classmates and 11 of her fellow townsmen, who allegedly helped spread the rumors and incited the rally.
All the suspects have confessed to their deeds and may face charges of disrupting public order and creating disturbances, according to the statement.

Posted by Abdulkabir Olatunji at 5:37 AM