This group are quite brave to start this new company and launch a new smartphone in the already saturated global smartphone market... 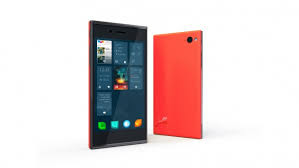 The first handset running the new Sailfish operating system (OS) has been introduced to the market by ex-Nokia employees.

The Jolla smartphone hopes to compete with the likes of handsets on Android, iOS and Windows Phone by offering a multi-tasking interface through the Sailfish OS.
The Linux-based mobile operating system is an open piece of software which can run applications which have been developed for Google.

“The claimed Android app compliance will be very important to deliver and showcase for early adoption,” said Rob Bamforth, principal analyst at Quocirca. “It might help encourage a more open App Store model in future.”

The Jolla smartphone, will be available online only, for €399 and will ship by the end of the year.
Pronounced "yo-la", the Helsinki-based company developed the OS based on the Nokia-IBM MeeGo project after it was abandoned by Nokia. Started in 2011, Jolla is made up of ex-employees from Nokia’s N9 team which was a handset running the OS. The company hoped to install life back into MeeGo, which resulted in the creation of Sailfish.

Bamforth also said that it will not be easy for Sailfish to make a noise in a market dominated by big players including Android and iOS, however, the residual MeeGo legacy may help the company.

“Jolla and Sailfish has gathered more awareness than expected – partly through being quirky and different, and partly the technical and open source interest in what happened to MeeGo - which was thought to be something particularly interesting that Nokia had,” he said.

The handset will feature a 4.5-inch touchscreen and a removable rear panel called the Other Half. This panel will be available in different colours, which when attached can communicate with the operating system to change the theme, colour, fonts and functionality viewed on the screen.

The handset will also feature a dual-core chipset, 16GB of memory, microSD configuration, an 8MP camera and 4G capabilities.

Jollas can be pre-ordered from today for €100 which will help the development of the handset. The first shipments will begin towards the end of this year.

Posted by Abdulkabir Olatunji at 12:59 AM