Governor Sullivan Chime is not dead as being rumoured- Elombah

The rumour broke yesterday of the death of Enugu State Governor, Sullivan Chime's death. New reports indicate that is not true... 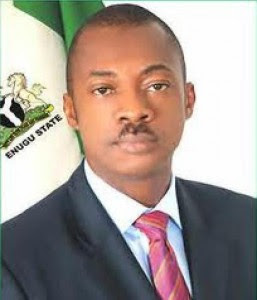 The rumour spreading Wednesday morning on the internet that Enugu State Governor, Sullivan Chime has died is false, close family associates have told elombah.com. "Mr Chime has been ill for sometime, but please, no one should continue spreading this false story", a relative said. An internet website reported a "breaking news", that the governor passed away in India this morning leading to the news circulating on some Nigerian listserves and on facebook.
However, debunking the story family sources told elombah.com:

"What people need to know is this. In December 2012, there was this false news report in the some newspapers that Chime is dead. Today, they are announcing his ‘death’ again. Knowing Nigeria, it could be the handiwork of mischief-makers. People should be vigilant and should please not help spread the news of his ‘death’ without real confirmation from credible sources".
Another friend of the governor said: "The pride of Igboland, Sullivan Chime [pictured below], will outlive those wishing him dead and spreading malicious rumors. I called Emeka Chime and He laughed it off. Death belongs to no man, only those who wish it to others will get it soon. Long live the Governor's Governor. Some people are wicked. The man left for UK for routine post surgery check after at Least two postponements known to me. He spoke with his relative this morning. I am surprised people could be spreading this callous rumour......haters!"

Posted by Abdulkabir Olatunji at 6:36 AM