Manchester United Manager, Sir Alex Ferguson is retiring at the end of the season. 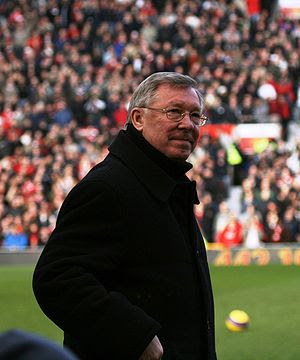 “It was important to me to leave an organisation in the strongest possible shape and I believe I have done so. The quality of this league winning squad, and the balance of ages within it, bodes well for continued success at the highest level whilst the structure of the youth set-up will ensure that the long-term future of the club remains a bright one.

“Our training facilities are amongst the finest in global sport and our home Old Trafford is rightfully regarded as one of the leading venues in the world.

“Going forward, I am delighted to take on the roles of both Director and Ambassador for the club. With these activities, along with my many other interests, I am looking forward to the future.

“I must pay tribute to my family, their love and support has been essential. My wife Cathy has been the key figure throughout my career.

Sir Alex has had a glorious career as a Manager, we can only wish him the best in his future endeavours and speculate on who his replacement will be, my feeling is that it might be Everton's David Moyes.
Posted by Abdulkabir Olatunji at 2:26 AM