Tecno Nigeria has released a new phone in Nigeria, it is called the P3, view its specifications here. In addition, the company is also planning to build a new factory in Lagos... 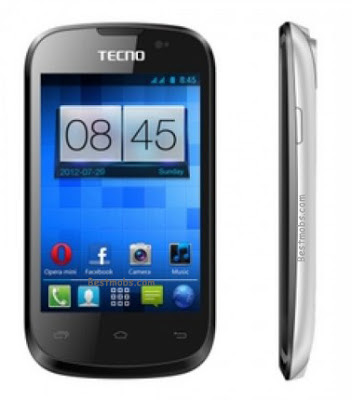 At the launch of its latest smart phone series, TECNO P3, mobile phone maker  TECNO has disclosed plans to build plant in Nigeria.

The Vice President of TECNO group, Mr. Arif Chowdhury who made the disclosure Tuesday during an interactive session with journalists at the launch of the product  said that , “Nigeria is TECNO’s biggest market in terms of volume and Lagos will be the location of the plant because Lagos is not just the commercial nerve centre of Nigeria but also the economic capital of Africa,”.

He added that the company was still waiting for right policies of government on duty structure for mobile phone import to finalize their plans in building the plant.

Also speaking on the proposed plant, the Public Relations Manager of TECNO, Boukali Mounir noted that the company wants to build the plant in Nigeria not just to advance its economic interest but also to show that the company is interested in having long term investment in Nigeria and to give back to the society.

He said that  building the new phone plant would  generate employment opportunities for Nigerians, adding that, “We want to be seen as long term investors and we want to do more than selling phones.

It is also a way of giving back to the society as the project will generate thousands of job opportunities for Nigerians,’ he said.

At the launch of the new smart phone,  etisalat unveiled a twelve-month special promotion for its subscribers offering100MB free data bundle on purchase of a TECNO P3 smartphone.

Source: Vanguard
Posted by Abdulkabir Olatunji at 1:58 AM