Venezuala wants to take feeding bottles away from babies' mouths

What a funny headline... 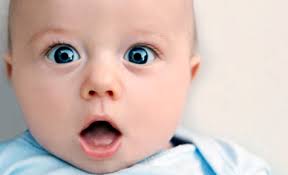 
Legislator Odalis Monzon said the proposal would "prohibit all types of baby bottles" as a way to improve children's health.

"We want to increase the love (between mother and child) because this has been lost as a result of these transnational companies selling formula," Monzon said on state television on Thursday.

She said the Law for the Promotion and Support for Breast-Feeding, passed in 2007, did not establish any sanctions for using formula. However, she did not say what the sanctions might be if the proposed change to prohibit bottle feeding is passed by Congress, where the Socialist Party has a majority.

Monzon said, however, that exceptions would be allowed, such as in the case of the death of a mother, or for women with limited breast milk production, as determined by the health ministry.

She did not respond to phone calls seeking details, including how long babies would be breast-fed.
Such legislation would likely raise the ire of opposition sympathizers who say the government of the late President Hugo Chavez excessively extended the reach of the state into the lives of private citizens.

"People are free to feed their children as they see fit," said Ingrid Rivero, a 27-year-old mother in Caracas. "My daughter stopped breast feeding after seven months. What can I do? Force her?"

Chavez ally Nicolas Maduro, who was elected in April after his mentor's death from cancer, has vowed to extend his predecessor's 14-year self-styled revolution that enjoyed strong support among the country's poor.

Source: Reuters
Posted by Abdulkabir Olatunji at 10:30 AM