Boa constrictor on the loose in Merseyside

It is rare for me to think of Merseyside outside of an Everton vs. Liverpool football game also known as the "Merseyside derby". However this piece of news has changed that... 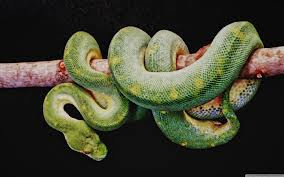 Boa constrictor on the loose in Merseyside

A 1.5-metre (5ft) boa constrictor is on the loose after escaping from its home.

The public have been warned to look out for the pet snake, which was reported missing from a house in Parbrook Road, Huyton, Liverpool, on Wednesday.

A Merseyside police spokesman said: "The snake is a four-year-old boa constrictor. It is approximately 5ft long with black and green camouflage markings and yellow underneath.

"Whilst the snake is non-venomous and described as normally very placid, it may become aggressive if it feels threatened and the public are advised not to approach it but to contact Merseyside police on the non-emergency 101 number."

Posted by Abdulkabir Olatunji at 5:58 AM