Man forgotten in jail for 5 days gets wins $4.1m compensation


What an awful ordeal to pass through... 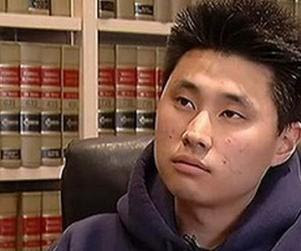 Man abandoned in US jail for five days wins $4.1m

A man forgotten for five days in a US jail without food or water has won a $4.1 million (3.1 million euro) settlement from the US government, news reports said on Wednesday.

Daniel Chong, 25, survived by drinking his own urine, after his jailers from the Drug Enforcement Agency (DEA) forgot that he was being held in their facility.

Chong, a college student in the southern Californian city of San Diego had been smoking marijuana in April last year at a friend's home, when he and several others were swept up during the DEA raid, the Los Angeles Times reported.

Chong was taken into custody, questioned briefly at the DEA facility in San Diego; he was assured that he would soon be released.

Instead, officials apparently forgot about him and did not return to free him from the windowless, five-foot by 10-foot (1.5 metres by three-metre) room for five days.

Chong quickly lost weight and was able to wriggle out of a set of handcuffs, the Times reported.

But he was unable to escape the cell and his cries for help went unanswered.

Chong had to drink his own urine to stave off dehydration, and began to suffer hallucinations.

Fearing he would die before help arrived, he broke his eyeglasses and began to carve the message, "Sorry, mom," into his arm, the newspaper said.

When he finally was discovered, Chong was covered in his own faeces and severely dehydrated.

When he was rushed to a hospital, his body close to kidney failure and he was breathing with difficulty. He needed five days in the hospital to recover, according to the daily.

"It was an accident, a really, really bad, horrible accident," Chong said at a press conference on Tuesday.

The settlement was reportedly approved by the department of justice, which would not comment to the newspaper about the out-of-court agreement.

His attorney said Chong has had to undergo intensive psychotherapy and suffers from post-traumatic stress disorder since the ordeal, which "should never happen to any human being on the face of the planet".

Source: Times of India
Posted by Abdulkabir Olatunji at 6:03 AM