The ongoing strike by the Academic Staff Union of Universities (ASUU) which has led to the shutdown of Nigerian Universities for over 2 months seems to have made it a lot easier for President Jonthan to sack erstwhile Minister of Education, Professor Ruqayyatu Rufai amongst 8 others from his cabinet... 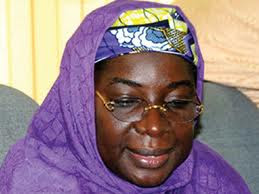 A public affair analyst and professor at the Pan African University, Austin Nweze, while examining the recent cabinet reshuffle by the President of Nigeria, Goodluck Jonathan, adjudged that the ongoing ASUU strike contributed to the eventual sack of former Minister of Education, Prof. Ruqayat Rufai.
Speaking on Sunrise Daily, he explained that the cabinet reshuffle, which led to the sack of 9 ministers, “is a normal thing” adding that as 2015 elections draw near, President Jonathan wants to choose those who would help him achieve his second term ambition which he is yet to admit officially.
The ministries that were affected had ‘question marks” in terms of performance, he said.
He stressed that the ASUU strike, which has entered its 74th day, also contributed to the sack of former education minister as the President’s decision for Governor Suswam to head a committee to resolve the crisis was a warning signal that all was not well.
That showed failure of leadership, he said, adding that, there has been nothing spectacular about the ministry of education.
He further stated that it is expected for every minister to generate ideas in line with the President’s agenda but “it is not clear what the President wants to achieve in education sector”. He added that the former minister was guilty of the same situation.
Read more from Channels TV

Posted by Abdulkabir Olatunji at 6:25 AM