Well, he is a part of Nigeria's leadership too... 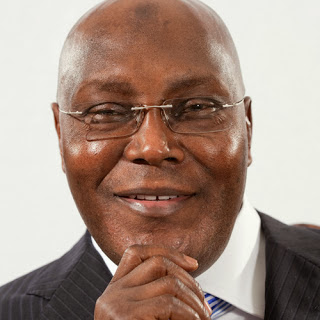 Former Vice President, Atiku Abubakar has described as ”senseless and tragic,” the murder of dozens of Agriculture students who were killed in their sleep in Gujba, Yobe state, saying it casts a “horrible image” on the events making the 53rd National Day Anniversary.

Atiku in a statement on Sunday, stated that leaders should not seek elective offices simply for the sake of power if they lack the vision to push economic growth, which in turns, creates employment and greater prosperity for the citizens.

”Nigerians have lost faith in their government because of this lack of vision in the management of the nation’s political, economic and social affairs,” he said.

“The economy is central to everything and demands vision driven leadership to move forward,” he said.

“Our economy has weakened in the past few years with crippling unemployment, especially among our youth. Nigeria has become unable to deliver the goods and services to give our people a decent standard of living and dignity.”

The former number two citizen restated his commitment to work with willing Nigerians to make a difference and expressed concern at the unchanging shambolic state of national infrastructure and the deteriorating state of education in the country.

He said vision is not achieved by mere rhetoric and good intentions, adding that leaders at all levels need to be adequately equipped for the job they were elected to do.

Atiku insisted that as an oil-rich nation, Nigerian leaders have no excuses to fail, adding that inexperience; lack of adequate preparation for office and drift should not be allowed to stand in the way of the country.

The Turakin Adamawa also argued that challenges like attracting and sustaining foreign direct investments, improving education, boosting the manufacturing sector, enhancing power generation, improving security, tackling poverty and unemployment had direct relationship with the quality of leadership a country has.

According to Atiku, performance levels could not be separated from the qualities of elected leaders.

“Throughout the world, the citizens base their choices of leaders on their proven abilities to deliver. Democracy is too important to be left in the hands of those seeking elective offices for its own sake without the vision to deliver the country from its quagmire,” he noted.

Source: Daily Post
Posted by Abdulkabir Olatunji at 8:59 AM