Say bye-bye to the pencil and paper as we say hello to Computer-Based Test (CBT)... 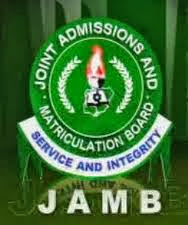 JAMB to stop paper-based UTME by 2015


From 2015, students sitting for the Unified Tertiary Matriculation Examination (UTME) will no longer have the Paper-Based Test (PBT) option as the Joint Admission and Matriculations Board (JAMB) says the examination will be wholly computer-based by then.

Speaking at an advocacy campaign on the advantages of the Computer-Based Test (CBT) held in Akure on Monday, JAMB’s registrar, Dibu Ojerinde, said the examination can also be written on a smart phone.

“After 2014, there will be no option for any candidate to choose again,” he said.  “CBT is the key. The world is changing and technology has reached an advanced stage.

“The way to go now is technology, if we don’t want to remain in the same place.”

The registrar also said that candidates, who chose to write the 2014 UTME in Ondo State will have no option but the computer-based test. He explained that there were enough facilities in the state for the CBT.

With the FUTA Centre, the Adeyemi College of Education (ACE), Ondo and the Rufus Giwa Polytechnic, Owo, there is no reason for anybody to write UTME by the PTP (Pen-To-Paper),” he said.

Prof. Ojerinde said that the board would encourage candidates in Akure and environs to take the CBT because of facilities at FUTA, Adeyemi College of Education, Ondo, and Rufus Giwa Polytechnic, Owo.

The registrar assured that the exam would be free from hackers “because the board will not go through the server of another institution.”

No fewer than 100 secondary school students from 10 schools in Akure sat for a mock version of the CBT at the Information and Technology Resource Centre, Federal University of Technology, Akure (FUTA).

Immediately after the test all the candidates got their results before they logged out of the system.

Posted by Abdulkabir Olatunji at 2:17 AM