BBM on Android and iOS will not be available this week

After the fiasco of the first attempt at releasing BlackBerry Messenger (BBM) on Android and iOS. The company has announced that it will take a while longer before new downloads of BBM will be available for Android and iPhone users... 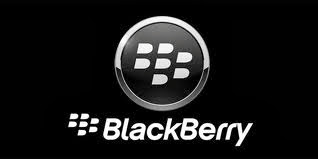 BBM rollout for Android and iOS not resuming this week: BlackBerry


It looks like the aborted rollout of the cross-platform version of BlackBerry Messenger (BBM) will take more time to resume, according to a statement by a BlackBerry spokesperson.

After pausing the global rollout of the popular messaging app to Android and iOS, on Saturday, Andrew Bocking, head of BBM at BlackBerry, posted a note on the official BlackBerry blog, saying that the resumption of the rollout would take some time, and that he did not anticipate it launching this week.

He clarified that an unreleased version of the BBM for Android app leaked online prior to the app's official release on the Play Store, which resulted in volumes of data traffic orders of magnitude higher than normal for each active user and impacted the system in abnormal ways. He said that the final version of BBM would have addressed these issues, however the company could not have blocked users of the unreleased version if it had gone ahead with the launch.

"We attempted to address the problems caused by the unreleased version throughout the day on Saturday, but as active users of the unreleased app neared a million - and accelerated - it became clear that the only way to address the issue was to pause the rollout for both Android and iPhone," said Bocking.

Bocking added that the BBM team was now focused on adjusting the system to completely block the unreleased version of the Android app when the official BBM for Android app goes live, and that BlackBerry was making sure that the system was reinforced to handle this kind of scenario in the future.

He said that the company would update users on the rollout through its online and social media channels.

It's worth pointing out that the iOS version of the BBM app did hit Apple's App Store in some countries in the Eastern Hemisphere early hours of Sunday, but BlackBerry paused the further rollout of the app in other countries, and even pulled the app from countries it did release in.

Users who managed to install the iOS version of BlackBerry Messenger before it was pulled can still use the app.