A good step by the Nigerian Police regarding vehicle registration... 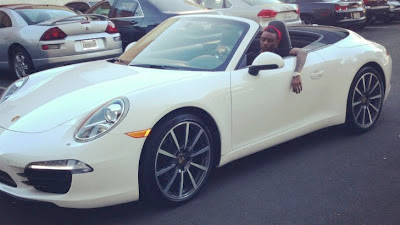 The BCMR is a technological means of attaching automobile owner’s personal data to his  vehicle for proper identification and protection.

The Force Public Relations Officer, Frank Mba,  explained at a news conference on Monday in Abuja, that the new system was part of efforts in repositioning the police to effectively tackle crimes and terror.

Under the system, hand-held machine would be used to verify the particulars of vehicles, rather than manual checking.

“To effectively combat terrorism, prevent crimes, apprehend and prosecute offenders, the force will from September  16, change the registration process of vehicles from the old analogue CMR to new digital BCMR system,” Mba said.

He added that “the decision informing the introduction of the BCMR is against the backdrop of contemporary security challenges bordering on terrorism, high incidence of car theft, kidnapping and other crimes.’’

Mba said that the system was designed for forensic analysis where fingerprints could be matched or verified against registered fingerprints collected during the registration.

He stressed that the database would be made available to other sister security agencies.

“We are going to make the database open to our sister agencies. If for example other security organisations want to carry investigation and they needed to get information from our database, we will make the information available to them,’’  the News Agency of Nigeria quoted the FPRO  as saying.

According to him,   the new system is capable of capturing 20 million fingerprints per second, an equivalent of two million people at 10 prints per person.

“As a store of information, it will provide a one-stop forensic base for all manner of investigations which will greatly enhance policing in tracking missing cars and preventing crimes,’’ he said.

He added that the BCMR could grab still images from Close Circuit Television being installed in cities in the country and the footages could be used to apprehend suspected criminals, thereby enhancing personal and national safety and security.

Mba said that registration under the BCMR could be done at designated banks, online and police commands across the nation.

He said that motorists were expected to pay N3,500 to register their vehicles under the system, while owners of tricycles  and motorcycles  would pay N1,500  for the registration.

Responding to questions, the spokesman said that the BCMR was not a duplication of the registration being done by the FRSC but complementing the commission.

According to him, substantial equipment had been procured for the system as personnel have been adequately trained to man it.

On the deadline for the registration, Mba said that no time frame would be given for now.

“We will  not give a deadline for compliance,” he stated , adding that   the police had begun aggressive sensitisation on the need for motorists to migrate from the analogue CMR to the BCMR.

When contacted, the FRSC spokesman,  Jonas Agwu, said  he just heard of the police decision  for the first time.

The FRSC had  last year introduced a new number plate, which it said was attached to individual vehicles and their owners.

According to the Corps Marshal, Mr. Osita Chidoka, the introduction of the new number plate was also to enhance a comprehensive database for all vehicles in the country.

By implication, it was meant to guide against car theft and other criminal activities that could be perpetrated using vehicles.

The corps had given end of September as deadline for the procurement of new vehicle  number plates.

Source: Punch
Posted by Abdulkabir Olatunji at 6:25 AM