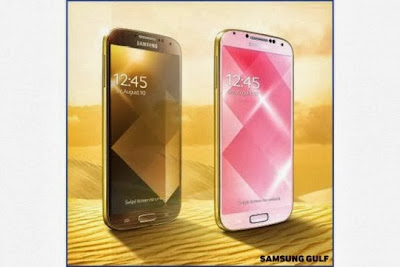 Samsung not to be outdone by its bitter rival Apple as released a gold variant of its flagship Samsung Galaxy S4. It has already been released in the gulf with two variants, Gold Brown and Gold Pink shades.It is not clear if these same variants will be available in other markets or new ones will be added.

Posted by Abdulkabir Olatunji at 5:00 AM