The match is scheduled for this evening... 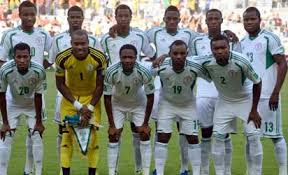 
Fresh from soul-lifting progress into the final elimination round of the 2014 FIFA World Cup qualification series, African champions Nigeria and African vice champions Burkina Faso clash in a high-profile international friendly at the Ahmadu Bello Stadium, Kaduna on Tuesday evening.

The Super Eagles did the expected by seeing off Malawi 2-0 in Calabar in one of the final matches of Africa’s group phase attrition on Saturday, meaning they reach the 10-team final battle easily, consigning the Flames to seven points and second place in the pool.

Only group winners are eligible for the Draw in Cairo on Monday next week.

Despite being docked points for fielding an ineligible player earlier in the campaign, the Etalons picked up efficiently, winning in Niger and Congo-Brazzaville before pipping Gabon 1-0 in Ouagadougou on Saturday to finish top of their pool.

Scenes of supreme glee took over the streets of Ouagadougou and other major Burkinabe cities on Saturday after news filtered in that rivals Congo could only draw in Niamey, leaving the Etalons to emerge group winners.

On Sunday, the Super Eagles flew into Abuja and then connected Kaduna immediately. They are expected to train at the Ahmadu Bello Stadium on Monday.

First half stoppage-time goal by Emmanuel Emenike, who connected an intelligent chip from Ogenyi Onazi, and a smartly-converted penalty by Victor Moses six minutes into the second period, took the wind off the sails of the Malawians and sent the full house at the U. J. Esuene Stadium into raptures.

Maigari gave kudos to the African champions as his Board countenances a ticket to the 2014 FIFA World Cup finals to add to a litany of achievements and accomplishments in the past three years.

“The boys deserve commendation for the way and manner they approached the match. At no time did it look like they would allow Malawi into the game. They played with confidence and assurance. That is the stuff of champions.

“I have no doubt that we will earn the ticket to the 2014 FIFA World Cup finals.”

NFF General Secretary, Musa Amadu, said on Sunday: “The Nigeria Football Federation has arranged the match against Burkina Faso to prepare the Super Eagles for the final elimination round, which comes up in October and November. We expect to play our first leg away and then play the return at home.

“We are truly delighted to be in the final round, and we believe the Super Eagles will do the nation proud by picking one of the five tickets to represent Africa at next year’s FIFA World Cup in Brazil.”

Tuesday’s game is a sort of replica of the 2013 Africa Cup of Nations final, which the Super Eagles dominated and eventually won 1-0 in Soccercity, Johannesburg.

If there are no changes at the top of the African table in the FIFA rankings to be released on Thursday, Cote d’Ivoire, Ghana, Algeria, Nigeria and Cape Verde (who shocked Tunisia in Rades) will be in the Pot A (seeded teams) for the 10-team final elimination round Draw in Cairo on Monday next week, while Burkina Faso, Cameroon, Egypt, Senegal and Ethiopia will be in Pot B.

The Super Eagles can only be drawn against any of the teams in Pot B.

Posted by Abdulkabir Olatunji at 8:12 AM