Manchester United is no longer the richest club in the world

Not only are Manchester United having a bad season by their very high standards, they have also been overtaken at the top of the football money league... 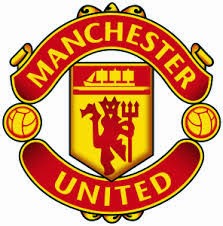 United are now fourth in the Deloitte Football Money League behind leaders Real Madrid, Barcelona and Bayern Munich based on income from the 2012/13 season.

The money table has been compiled by Deloitte since 1997, and for the first eight years United were the biggest-earning club in the world only to be overtaken by first Real Madrid, then Barcelona and now Bayern.

The table has also recorded an astonishing rise in income by the Qatari-owned French club Paris St Germain.

Its earnings rocketing by a record 81% to see the team rise from 10th to fifth in the table ahead of Manchester City, Chelsea and Arsenal.

But it will be United's fall that will concern the club's shareholders the most, especially since shares on the New York stock exchange are down just above the $15 mark from an annual high of more than $19.

Posted by Abdulkabir Olatunji at 5:13 AM