This is almost unbelieveable! 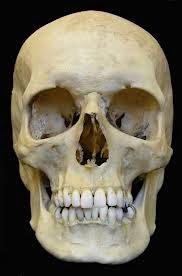 Police officers arrested 11 including the owner when they raided the eatery in Nigeria
A restaurant was shut down after it was found to be selling dishes made from HUMAN flesh.

Cops arrested 11 people including the owner and recovered at least two fresh human heads when they swooped on the eatery in Anambra, Nigeria after a tip-off.

The bloodied and disembodied heads were found wrapped in cellophane sheets - and police said roasted human head was even on the MENU.

A pastor, who was surprised to learn he had been served human flesh, complained to the police.

“I ate at the restaurant and the bill was very high," he told Your Jewish News.

"The workers told me that I ate human flesh.

Posted by Abdulkabir Olatunji at 1:12 AM