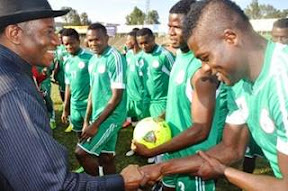 A quick look at the headlines of any major Nigerian newspaper will convince any astute observer that Nigeria is suffering from a leadership crisis, if it is not Boko Haram killing tens to hundreds of people and ransacking whole communities, it might be Fulani herdsmen doing the same, schools are no longer safe as students can be killed, kidnapped and violated almost effortlessly by any groups that is sufficiently evil enough to carry out these heinous crimes. Perhaps more disturbing than all of these as serious as they are is the poor and many times shocking responses we get from those whose duty it is to first prevent and in the event that they fail in this regard, fight and curb such heinous crimes. We have heard and read statements that "educate" us that terrorism is a global problem and we should be prepared to bear our own portion of it as if there is some irresistable authority or power that makes it compulsory for us. What about other countries that have never experienced such? Do they have angels living and ruling there? Another example is the outright falsehood coming from the defence headquarters that only 8 girls out of those kidnapped in Chibok are still missing after the rescue of about 80 others.

The purpose of this write-up is not to lament Nigeria's many self-induced problems but to present a framework for we the followers to effectively assess our leaders and hold them accountable based on such assessment.

Leaders are not judged by efforts but by results. You will almost certainly not find a politician that will come out during campaign for election saying: "I will try to do this or that for you". What you hear them say is: "I will do this and that for you". Why do they say this? It is because they understand that people want leaders that will deliver and not leaders that will "make efforts". Based on this understanding, there is no basis to accept the explanation of many Nigerian leaders be they the president, governors or ministers that they are "making efforts" at achieving things when it is obvious they are not delivering results.

To make this easier to understand for some of my readers, I will use football as an example. Nigerians love football and the coach of our national team, the Super Eagles is almost always under pressure to deliver results. You can be sure that bad results will cost him his job regardless of any "efforts" he has put into it. Samson Siasia is a good football coach having brought talents like Mikel Obi and Emmanuel Emenike to the spotlight during his time as U-20 and Super Eagles coach as well as guiding Nigeria to the silver medal of the 2008 Beijing Olympics in China. However, he failed to qualify Nigeria for 2012 Africa Nations Cup and he got sacked as a result. Despite the fact that he is a good coach, he rightfully got assessed and fired on his result. His successor then guided the Super Eagles to win the Africa Nations Cup in 2013. From not qualifying to becoming champions in one year.

This example shows us as Nigerians how we should assess our leaders without sentiments and based on results. A government that cannot defend its citizens from insurgents under any guise has failed and should be truthfully assessed as such. There is still a huge problem with electricity supply in Nigeria, even Aso Rock, the official Presidential residence has a significant budget for running generators, this clearly indicates that the presidency does not have belief in its own capacity to have stable and constant electricity supply in the third year of a four-year tenure.

If Nigerians are to be honest assessors, President Goodluck Jonathan's administration is failing on the most critical things important to us; security and electricity. We should stop making excuses for this government and demand better performance in the remaining year it has left.
Posted by Abdulkabir Olatunji at 1:18 AM