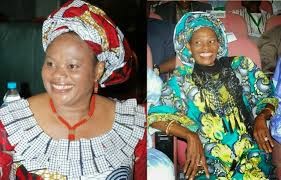 I posted about her on Friday and Professor Dora Akunyili very sadly died on Saturday. Word going round says she might have died as a result of wrong diagnosis from doctors in America many years ago...

The Cable has reported that Professor Dora Akunyili’s death was caused by misdiagnosis way back in 1998. According to reports by the Cable:

When Mrs Dora Nkem Akunyili was the Zonal Secretary (South-east) of the Petroleum (Special) Trust Fund in 1998, Nigerian doctors gave her what many of her family members considered to be a health scare.They said she had a growth and needed surgery. Akunyili, then 44, decided to travel to the United States, first to get a second opinion and then undergo the prescribed surgery. The bill for the medical trip was $17,000, including $12,000 for the surgery. During pre-surgery check-up in the US, the doctors told her the Nigerian doctors had made a wrong diagnosis and that she did not need any surgery. It was said to be a minor issue that medication would solve. She thanked the doctors and, to their surprise, said she was going to return the money meant for the surgery to PTF. That was strange. Nigerian government officials had devised a way of making sure such monies were not returned to the treasury. The hospital informed the PTF, under the leadership of Major Gen. Muhammadu Buhari, about one honest Nigerian they had found. Buhari, himself a straightforward person, was very impressed. He wrote a letter to Akunyili commending her honesty.

Then came 2001. President Olusegun Obasanjo wanted to appoint a director-general for the National Agency for Drug and Food Administration and Control (NAFDAC) and asked for the recommendation of an honest Nigerian pharmacist. Akunyili’s name promptly came up. Someone who had heard about her PTF record recommended her. There was a little problem, a Nigerian problem. Objections were raised that the minister of health, Prof. ABC Nwosu, was an Igbo from Anambra State and NAFDAC, being a powerful agency under the ministry, should not be headed by another Igbo from Anambra. It was also argued that the market for fake and substandard products were controlled by the Igbo, with Onitsha – also in Anambra State – a major centre for the illicit business. She was going to protect “her people”, the antagonists said. Obasanjo, stubborn to the cause,  ignored the observations and appointed her.  She went on to do a credible job and ended up as one of the most outstanding public officers in Nigeria’s history, celebrated locally and globally. She had lost a sister to fake drugs, and that was perhaps the impetus she needed to go on the offensive.

Meanwhile, Akunyili always went abroad for check-ups and she was always given an all-clear. She continued to look robust and energetic, and took up another government job as minister of information and communications. But on July 13, 2013, something strange happened to her. She was preparing to travel to the United States to receive an award. The following day was her birthday. Her 59th, precisely. Then she fell ill. She was physically weak and having pains. She decided to go ahead with her trip and attend to her health in the United States. It was while she was there that new checks were carried out. Alas, she had cancer. The original diagnosis in 1998 was right. But the diagnosis at the point of surgery was wrong. She became seriously ill and there were fears she could lose her life. She was in the hospital for months and only returned to Nigeria this year when the doctors said she was improving. Her last public appearance was at the National Conference in Abuja, where she was a delegate. Pictures of a frail-looking Akumyili soon went viral on the internet. The Cable could not ascertain the type of cancer, but there are several reports pinpointing cervical – and some claim it was ovarian. Globally, cervical cancer is the second most common and the fifth deadliest cancer in women, according to the World Health Organisation (WHO). Akunyili died on June 7, 2014 in India after surviving many death rumours.

Posted by Abdulkabir Olatunji at 3:21 AM