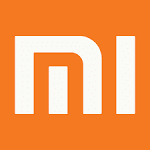 Xiaomi, the biggest tech giant you've never heard of, is coming to the US

Mention the company’s name stateside, though, and you’ll likely get a blank look in return. Xiaomi’s phones are well-known across Asia, but the company hasn’t made any moves to enter American or European markets – until now.

Xiaomi is starting (very) small. Over the next few months it will begin selling accessories such as headphones and smart wristbands in the US, according to a Reuters report.

Xiaomi president Lin Bin and vice president Hugo Barra, formerly the head of Android at Google, gave a presentation to reporters in San Francisco on Thursday, but didn’t mention whether the company has plans to sell its Mi smart phones and tablets in American stores. Xiaomi will take its first step outside of Asia later this year when it begins selling Mi devices in Brazil, South America’s largest economy.

Posted by Abdulkabir Olatunji at 1:32 PM